Four Recipes, a Wedding and a Funeral 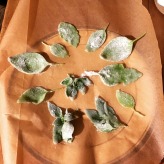 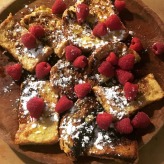 Four Recipes, a Wedding and a Funeral

Since I last wrote a blog, I launched The Mind Field with two colleagues from Washington DC. Please have a glance if you’ve got time – www.themindfield.world . Basically, we’re providing Skype therapy to aid workers and journalists in the field, people who traditionally don’t look after their mental health and whose lives mean it’s impossible for them to show up at someone’s consulting room once a week.

I’ve been thinking and talking about these people a lot since we launched, and the thing I’ve noticed more than anything else is that everyone thinks someone else should have therapy. Everyone knows someone they think should have some therapy. It’s nearly always true that when patients show up in therapy the problem, they tell me, is with someone else. My wife, husband, mum, dad, friend needs therapy and they’re making my life hell. I’m here to tell you how mad they are. This is probably completely true, but so what? We can’t treat them and we can’t know what they’re thinking, so we’ll have to make do with helping you. So, when your boss, who is insane, is making your life hell, who needs therapy? You do! The boss is going to have to sort himself or herself out in his or her own time. But you might need help with the feelings you have of being controlled, bullied, coerced, made miserable. That’s one thing.

Then the other thing that I’ve written about before but that always strikes me, is that people force, like, really force the outside world to match their inner world. Someone who is terrified goes somewhere terrifying and feels a bit more relaxed, a bit less mad. See! I was right! The world is fucking terrifying! When my mind was fragmenting, disintegrating, I went to live in Russia at the very end of the Soviet Union when society, the world as everyone knew it, was disintegrating, just like my inner world was after my dad was killed. I felt at home in Russia, all my anxiety and hypervigilance was justified, my hard drinking and promiscuity considered completely normal – hell, we might all die tomorrow!

All the sex scandals in development are no big surprise. In a world without boundaries that might end in the morning, who cares what we do? I think people who go in for this work are already suffering with mental health issues, a boundarilessness, anxiety, a need to be plunged into acute crisis as a defence against thinking. I mean, obviously, there are other motiviations too, but still.

It’s been a really intense summer. My ex-husband, his girlfriend and her young son decided to go on holiday. Perfectly normal behaviour, of course. Mexico? Thailand! Spain is gorgeous. France can be lovely of a summer. OR, just up the road from here….? Guess which one they chose. Yup. At the same time, someone I once had a brief and basically ghastly thing with was also in town running a festival, wife and children in tow. So, I sat around in Lucca by myself feeling unwelcome and weird in my own town, like something toxic everyone wishes wasn’t there. It was fucking grim.

Then I went to London for my sister’s beautiful wedding. In joint first place with my daughter’s graduation in June for Loveliest Day Ever. Charlotte was so happy and funny, the venue magical, the bevs copious the food…well, as I said to Sheba (Local Sauce) who did the food ‘everyone was in ecstasy’. She quoted me on her new website and I denied saying it, so she played me back the audio of my audio message. That’s what I said. And it was true. But it was tough too. Our dad died when Charlotte was only 2, so she doesn’t remember him at all. “I hope he would have liked the wedding”, she said in her speech and we all sobbed. Her step-dad, James, made a wonderful speech about being her father all these years and it was heartbreakingly moving in itself, but also made me wonder what dad would have said in his speech, how nervous he’d have been, how different from James and how similar to him. It was as though dad was there all day and the weeping and laughing just went on and on.

Two days after that, my beloved Marmite died. He went out to the back of the garden in London and stayed there. That was weird because the day before he’d sat under my feet while I had patients. In a break I went out to see him and he was vomiting and breathing very hard. I knew really. I thought – I’ll see the next patient and in 50 minutes I’ll bring him water and take him to the vet. When I went out of the back door 50 minutes later I could see he was dead even from a distance. Marms had gone. And I wish I’d sat with him, and I wished I could have another five minutes just to stroke his head. The way he looked at me that last time, a bit wild and scared and sorry. Apologetic. Gentle. Poor Marms. Of course, he’s been ill for ages, and there was no awful final vet visit, no terrible suffering really, and he was on end stage drugs for his arthritis, so it was completely expected. But even then. He ate his breakfast that morning and was lucid even 50 minutes before the end. Strange to think of his death in terms of the psychoanalytic hour. Oh, sweet, funny and happy dog. He’s been by my side, everyone’s favourite member of the family, all these years.

Yesterday I was playing tennis on the clay courts in Bagni di Lucca with Alberto the pharmacist. September evening sun, hard match. I fell over and grazed my knee. Strange to fall over at this age, and strange to have scabby knees like a toddler. My daughter has swollen up like a puffa fish in a violent allergy to antibiotics, in other health news.

Okay, food. So, I made bagels!! Here’s a photo! I won’t include the recipe because I did exactly what it said in the book so you can look it up. But, boiling dough! Who knew?

The French Toast is my recipe though so here it is:

Crack two eggs into a bowl, add two or three tablespoons of sugar, vanilla essence and cinnamon and whisk. Drag slices of soft bread through the mixture until they’re soaked through and fry in butter until beautiful. Dust with icing sugar.

Also, I made cardamom chocolate mousse, throwing crushed cardamom seeds into the melting chocolate. I wanted to grate orange zest into it but didn’t have an orange. Any dark chocolate mousse recipe is good for this. Then I candied basil leaves for the top, I tell you. This is easy! You drag the leaves through egg white (mint would have been nice too) and then through sugar and leave them to dry. I put mine in the freezer. Seemed fine. Was delicious.

The plum cake up there is the Honey and Co. pistacchio, almond and coconut cake, recipe on this blog somewhere. Sometimes I put cherries on top but I had plums from the garden so poked them into the cake.

Skype Therapy from wherever you are: http://www.themindfield.world

Honorary psychotherapist with a Masters in Psychoanalytic Theory and another in Psychodynamic Clinical Psychotherapy. Novelist - Author of the Faith Zanetti quintet - The Bad News Bible, Faith Without Doubt, Neat Vodka (US - Vodka Neat), Breaking Faith, My Favourite Poison. Also a memoir of my father, Every Time We Say Goodbye and my most recent thriller - The Oligarch's Wife
View all posts by Anna Blundy →
This entry was posted in Uncategorized. Bookmark the permalink.