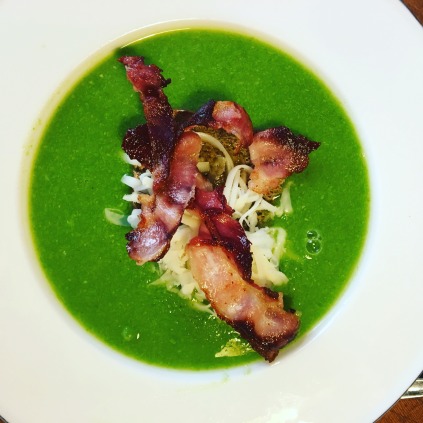 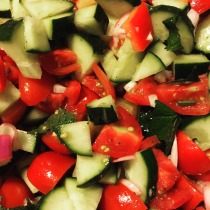 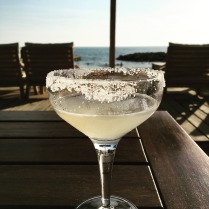 I’ve had two patients this week who’ve been bowled over by realising something they already knew. It’s funny in therapy and analysis that you rarely have huge epiphanies that involve things you’ve never thought about before. All those recovered memory cases in America where people suddenly remembered their dad murdered loads of people or that they were horribly abused are, actually, incredibly rare. You already know the stuff, you just haven’t quite articulated it. Christopher Bollas called it “the unthought known”. I have one patient who is miserably frustrated all the time with his mum whose demands are endless and never satisfied. “I wish she’d just tell me what she wants me to do!” he said. Did she want him to go to the supermarket or do the washing up? Both seemed to make her angry and he’s spent his whole life desperately trying to find out what the rules are so that he can finally obey them and get the praise he’s always longed for. I said something like: “You want to her to tell you things she doesn’t know herself.” He thought about this. “She doesn’t know what she wants. She doesn’t know the rules because there aren’t any. She’s just angry,” he said, totally amazed. Five minutes later he said to me; “What was the thing that was so huge it made my head hurt?” The censors are good. They’ve been working hard a long time. Even once he’d known it they charged in to try to block it out again.

When people remember abuse in therapy, it’s not that they’d forgotten or really didn’t know, of course they did. All the signs were there. They were just really careful not to slide the pieces of the jigsaw into place, because allowing the truth would be too awful. With this patient, the fact that his mother’s agenda was to criticise and demean him, not to get the jobs done efficiently, was a horrible, but, hopefully, liberating truth.

My children (ha) turned 17 and 19 this week. Birthday week. Cakes, presents, beach, water park, guitars in the garden, beers, margaritas in paradise at Sunset Cafe in Pisa. Big week in this household, comemmorating the two weeks (a week each, two years apart) that I spent in the St John and St Elizabeth hospital all those years ago, off my face on morphine, eating off the Lebanese menu and watching wimbledon. Bliss.

Hope got the amazing marble cake from the German baking book. It’s in a previous blog. Lev got a chocolate fudge cake. Mary Berry’s fantastic chocolate fudge cake recipe (Google), BUT, instead of cocoa powder, 100g of melted dark chocolate in the cake mix and no hot water. Slightly undercook it for brownie-ish goo in the middle. Also, a teaspoon of Malden salt in the icing. Properly amazing.

So, the food in Italy is mainly quite crap (I know, I know). Every bar and every restaurant serves the same thing. No need to look at the menu. Very hard to get free range or organic meat, a lot of sad veg and salads, overboiled green beans, tinned sweet corn, huge preponderance of carbs and pork. A lot of the stuff I make starts in cans or frozen. I make a lot of curry. Anything that tastes of SOMEthing.

Fry a chopped onion in some olive oil. Add a bag of frozen peas and some boiling water from the kettle. And a stock cube. When the peas are cooked drain them but keep the water. Blend the peas to liquid in the blender with a ladleful of the water and then put the mushed peas back in the water and reheat a bit. Salt. Pepper. (For thicker soup, obviously, chuck some of the water away).

Toast some slices of bread and rub with a clove of garlic. Bit of olive oil on the toast. Grated cheese on top. Put the cheese on toast in your bowl of soup with a couple of rashers of crispy bacon on top.

Crab Cakes with a sort of Thai sauce thing

I made this last night after staring at a can of sweetcorn in the cupboard and wondering what to do with it. I feel like crab cakes with sweetcorn are thing but I might have made it up.

Salad – chopped up crunchy stuff (carrots, cucumber, lettuce, peppers), toasted sesame seeds, toasted nuts (I did pecans but cashews might have been better). Dressing – a version of the dipping sauce, maybe without the chilli.

For the crab cakes, strain the sweetcorn and crab meat (canned in this case) and mix in a bowl with an egg, chopped coriander, salt, pepper and a bit of flour. Coat each one in flour and then shallow fry. Or deep fry.

On top of the crunchy salad above, chuck some strips of beef marinaded in the same sauce (maybe add ginger and garlic). Also mix noodles in. Nice with crispy fried and very, very salted onions.

Therapy via Skype or even email: annablundy@gmail.com